Which Type of Window Film Should You Get For Your Store?

Installing window films in your establishment is an inexpensive way to increase the comfort of everyone inside while improving the building’s appearance from the outside. While there are different types of window films you can choose from, there are some that are especially useful for commercial purposes.

Experienced window film specialists share some of the best types of window film you can use for your business:

There are various types of privacy films that you can choose from. Frost or textured films can make it almost impossible for anyone from the outside to discern figures inside the building, while still allowing light to enter. On the other hand, white and black films can completely block the view from the outside and provide absolute privacy.

Windows in a commercial establishment could be more likely to break than those in a residential setting, due to either deliberate means or accidents. Security window films are typically made with laminated polyester films, which have a thickness of 4 mm to 14 mm. This type of film is a must-have for commercial establishments since it will make your glass harder to break. That said, it can deter robbers who are trying to get in and protect the people and assets inside. 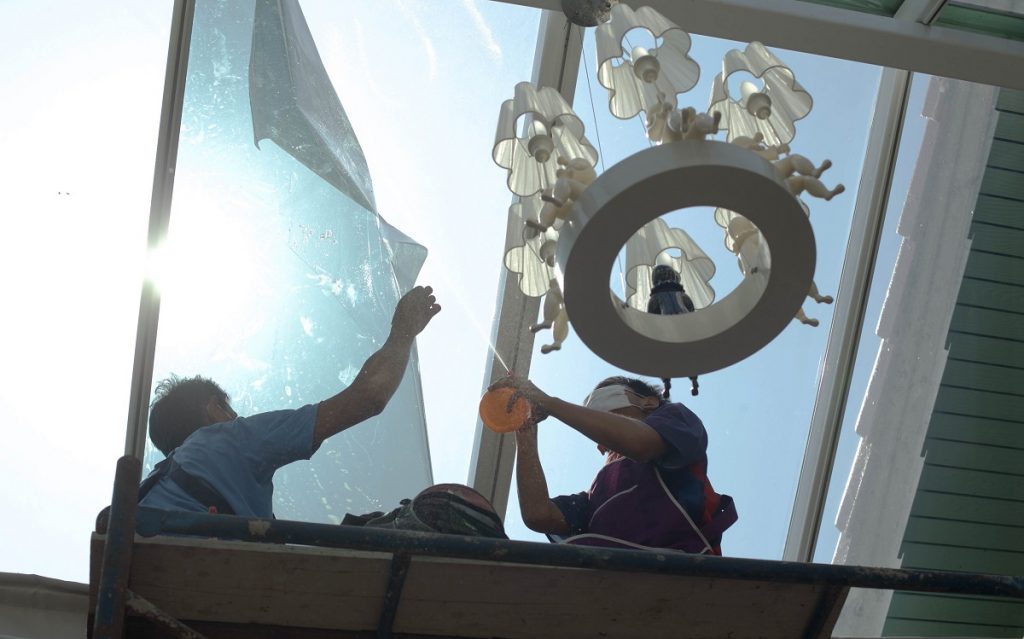 Businesses are also susceptible to vandalism, especially graffiti tagging, scratching, and acid etching. If your business is situated in an area with a high crime rate, you might want to get anti-graffiti window films. Paint and acid can be easily washed off from anti-graffiti films, while scratches and carvings are absorbed by the film to protect the glass underneath.

If your establishment gets flooded with blinding sunlight at certain times of the day, it may be best to install glare reduction films on your windows. This type of window film comes in various glare reduction levels, so you can decide how much light you want to enter without blocking everything out.

Don’t expose your employees and customers to ultraviolet rays. For businesses that get a lot of sunlight through their windows, especially at noon, installing UV window films can reduce UV radiation by 95 to 99%. Blocking UV light will not only protect building occupants from harmful radiation, but it will also prevent your furniture from crumbling and fading.

Window films are indispensable parts of any structure, whether residential or commercial. If you want to protect your business against vandalism, UV rays, snoopers, excess heat and cold, and sun glare, among many other things, look for these types of window films at a local hardware supply store.