The Surfside Collapse: The Dangers of Improper Waterproofing

Four survivors were rescued from the rubble, but one died of injuries upon arriving at the hospital. Eleven others were wounded, and approximately 35 people who were trapped in the building were rescued the same day. What was left of the condominium was demolished 10 days later.

Over the next few weeks, teams of rescue workers flew from across the U.S. and other parts of the world to help comb through the wreckage and find more survivors. Nearly 130 firefighters participated in the search and rescue efforts.

While the investigation is still ongoing and federal authorities have yet to identify the cause of the incident, various engineers and experts believe design flaws, delayed repairs, and long-term structural deterioration all played a part in the collapse.

To better understand what happened, we take a look at the events that led up to the Surfside tragedy.

A timeline of events

It was the first construction project to be completed in Surfside following a moratorium imposed by Miami-Dade County on new developments. The moratorium was a result of the growing water and sewer system issues in Surfside during the 1970s.

Champlain Towers South Associates paid Surfside a total of $200,000 to fund a new sewer system and secure construction approval. Not long, Champlain Towers North Condo, which had slightly fewer units, was erected. In 1991, the Champlain Towers East Condo was added to the complex. All three buildings are 12 stories tall, but the South tower had the most units at 136.

In 2018, a 9-page structural engineering report compiled by Morabito Consultants was released to the Champlain Towers condominium association.

The report highlighted widespread structural issues that required extensive repairs “in the near future.”

Below are some of the observations included in the report:

According to the report, failure to repair the waterproofing system in the near future can “cause the extent of the concrete deterioration to multiply exponentially.”

After the collapse, local authorities said that they had no knowledge of the 2018 report. However, Surfside Mayor Charles Burkett told reporters that the file was likely not reviewed at the time but confirmed that the town has a copy of the report. 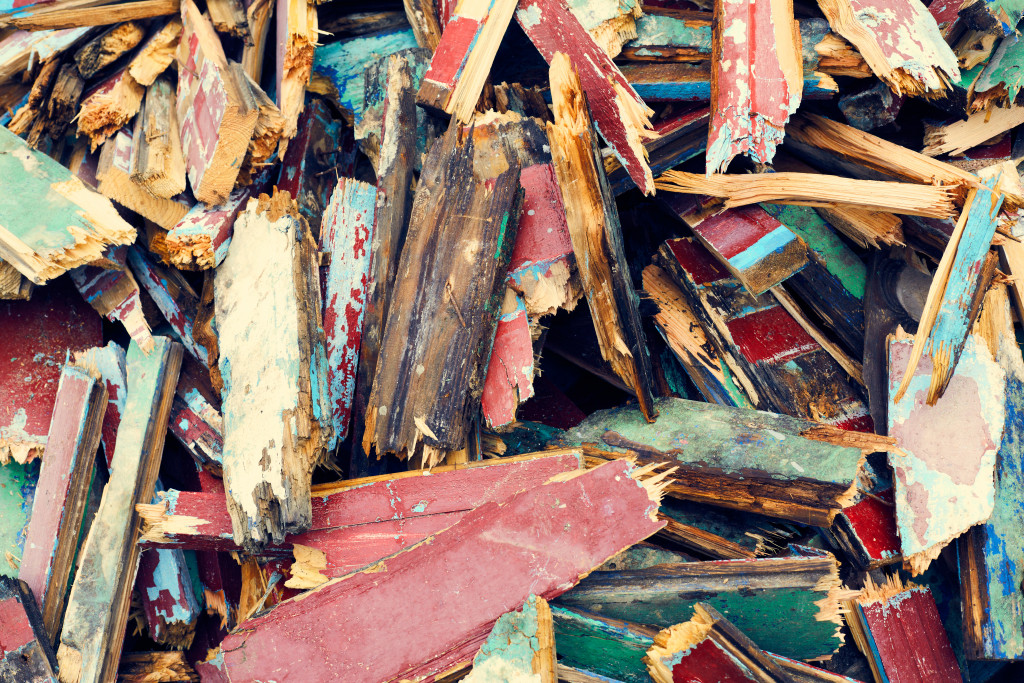 Despite the structural engineering report, a former Surfside building inspector reassured residents of Champlain Towers South that the building was in good shape. According to records released by the city, this statement was made just five weeks after the report was issued.

A study by researchers at Florida International University (FIU) and the University of Padua found that the area where Champlain Towers South collapsed displayed signs of land subsidence from 1993 to 1999. In fact, it was the only place on the east side of the barrier island where subsidence occurred.

Land subsidence takes place when the Earth’s surface sinks because of underground material movement. Subsidence is most often caused by the removal of oil, water, minerals, or natural gas from the ground via fracking, mining, or pumping. It can also result from natural events, including loess deposits, earthquakes, soil compaction, erosion, and sinkhole formation.

Researchers found that subsidence is, in fact, occurring in nearby Miami Beach at an annual rate of 1 to 3 millimeters, which could amount to several inches of movement over a decade.

According to the same study, major causes of land subsidence in the U.S. Atlantic coast include “groundwater extraction, local sediment compaction, and viscoelastic mantle response to melting glaciers in the Late Pleistocene.”

However, in a news article released by FIU following the collapse, one of the researchers, Shimon Wdowinski, said it’s unlikely that land subsidence alone would cause a building’s sudden collapse.

Days before a special meeting in April, residents receive a letter from the president of the condo association’s board of directors, Jean Wodnicki.

In the letter, Wodnicki says that the building’s structural integrity has worsened since the initial inspection in 2018. Concrete deterioration and observable damage such as in the garage are accelerating. New problems, including extensive roof repairs, have also been identified.

The 2-page letter contained an itemized bill from the board with estimated repair costs amounting to over $15 million. This was nearly $6 million more than Morabito’s initial assessment in 2018. Unit owners were expected to start making payments on July 1.

At around 1:20 AM, Champlain Towers South begins to shake, and then a wing of the 12-story building collapses.

Over 55 apartment units were destroyed, and the search for bodies at the site lasted for more than a month. At around 5:30 PM, Florida Gov. Ron DeSantis declares a state of emergency in Miami-Dade County.

On June 25, President Biden approved an emergency declaration for Florida, authorizing the Federal Emergency Management Agency to deploy assistance to the scene.

The next day, Miami-Dade County Mayor Daniella Levine Cava required the audit of all residential properties at least five stories high and 40 years old or older.

While all of the 98 victims who were reported missing have been identified, the Miami-Dade Police Department is still examining the evidentiary pile to make sure that all identifiable human remains are retrieved. A total of 242 residents were accounted for as of July 2021.

Following the Surfside tragedy, recent audits carried out by local municipalities have revealed noncompliance, unsafe conditions, and a lack of enforcement. Several buildings across South Florida have even been evacuated due to violations of building and safety codes.

When a building in Miami-Dade or Broward County reaches its 40th birthday, it must be recertified to ensure its electrical and structural safety. Building owners have 60 days to carry out necessary repairs recommended by an engineer during the 40-year inspection.

However, some building officials tend to delay maintenance if structural issues don’t pose an immediate danger to human life or if the building’s condo association is working to carry out the repairs.

After the incident, Miami-Dade County inspected more than 500 buildings that were nearing their 40-year recertification deadline. Buildings aged 30 years and older and are three stories or greater were also advised to begin recertification.

The dangers of improper waterproofing

Many experts believe that Surfside was structurally flawed from the beginning.

According to the engineering report, failed waterproofing was one of Surfside’s most significant structural problems and caused the deterioration of the structural slab without occupants realizing it.

Waterproofing is a critical step in construction and remedial property maintenance. Like what happened to Champlain Towers South, a building with no waterproofing or poorly installed and designed waterproofing is bound to face these problems down the road:

One of the major signs of poor waterproofing is concrete spalling or when concrete starts to crack, flake, peel, crumble, or chip away. It is often a result of a weak surface that is prone to damage. Spalling is typically caused by environmental factors (freeze-thaw cycles and de-icing salts) and improper installation, curing, and repairs.

Spalling will leave a building looking decrepit and can expose the metal reinforcement to rust. If left unchecked, spalling easily accelerates and spreads, causing the building and its foundation to become unstable.

Poor waterproofing can result in corrosion of the rebar metal reinforcement. This occurs when water oozes into the concrete frame and reaches the steel.

Corrosion will continue to spread until waterproofing coating has been properly applied. The rusted metal has to be replaced to restore the property’s structural safety.

What we need to learn from the Surfside tragedy

The devastating Surfside collapse proves that the consequences of improper waterproofing should not be taken lightly. Likewise, this tragedy only heightened the need for stricter and more frequent inspections, increased building safety education for property owners and condo board members, and higher quality materials in construction.

Ultimately, education and policy could play an impactful role in ensuring building safety, preparing infrastructure for future conditions, and ensuring no structural tragedy of this kind happens again.