The Origins of Cape Cod Homes in California

It’s not hard to miss: the white exteriors, aesthetic shutters, and steep roof with an overhang. Cape Cod-style homes remain one of the most beloved architectural styles in the United States, especially in California.

But what makes it endearing? If you ever work with a licensed general contracting team for your home, what do you say to make yours also Cape Cod?

Using “Cape Cod” to describe an architectural design for a home started in New England and dates back to the arrival of the Puritans.

The Puritans were members of a religious movement at the time of King Henry VIII, who refused to be associated with the Roman Catholic Church. Instead, he helped establish the Church of England.

The congregation began small but eventually flourished when more literate individuals, nobility, and merchants supported and followed its principles supposed to be strictly Bible-based. However, shake-ups, tension, and uncertainty drove some to leave England and traveled for hundreds of miles until they arrived in Plymouth Rock in 1630.

There, they established a colony where they preached and, without their knowledge, Cape Cod-style homes.

The Puritans lived in framed rectangular homes made of wood and thatched roofs. But unlike the more modern Cape Cod properties you see today, builders then used reeds for the roofing. The material was abundant in the marshes and coastal areas, where they preferred to reside since they traveled by boat.

During the early days, these homes were small and one-story. The families only expanded it when they got jobs or built businesses. However, despite the simplicity, they featured a chimney to beat the coldness of winter. The windows were shutters, which helped their shelter survive heavy rains and storms.

The Spread and Revival 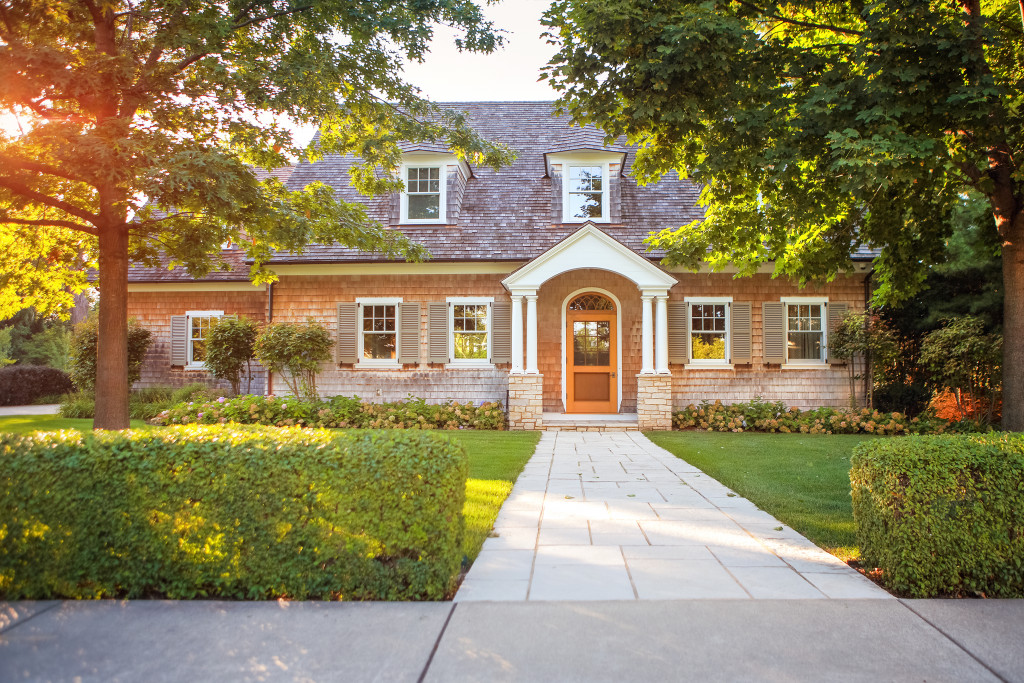 For the next 10 years, droves of Puritans migrated to New England and settled in Massachusetts Bay. By 1640, about 13,000 people lived there, mostly families instead of single young men.

As their populations grew, some moved out to other states, particularly on the East Coast. Nevertheless, it didn’t take long before they reached the West Coast.

Puritans were used to moving even when they were still in England. Because of that, they usually brought their building tools with them. With their expertise in creating shelters, the Cape Cod style found itself in California.

For a period, though, other architectural designs bloomed. The charming, cozy design by the pilgrims disappeared until its revival in the late 1920s. During this period, architects and builders resurrected other old styles. The Arts and Crafts movement, which popularized bungalows or single-story houses, prospered.

Further, California, particularly Culvert City, already positioned itself as the ultimate beach-side destination. They needed a home that matched this claim. Besides the Mediterranean-style houses, Cape Cod went in vogue.

The newly revived Cape Cod homes retained some elements of its predecessors. In the beginning, they were still 1.5-story properties with some space for expansion. The interiors were mostly open-floor plans. The gable roofs were steep, while the ceilings were low.

However, it also introduced new elements:

Like everything else subject to time, the Cape Cod architectural style evolved. Some maintained the basic elements while others already featured a combination of it and other designs. Regardless, its charm never left.