What are the Signs of Shoplifting in a Store?

Shoplifting continues to be a problem in the world of retail. When criminals steal from businesses, it doesn’t matter if the product costs about $5 or $500 — the store still suffers a loss, and the thief gets what he or she wants for free.

There are, of course, measures that businesses can take to prevent shoplifting. Most stores already use commercial CCTV systems to keep an eye out for suspicious individuals and behaviors. Many also use security tags and other anti-theft measures to protect their products.

In order to help curtail this type of theft, it’s important for employees to be aware of the signs of shoplifting. By knowing what to look for, they can catch thieves in the act and prevent them from stealing anything.

Nervousness doesn’t mean guilt. Some people come into a store feeling nervous for reasons that do not involve illegal activities. Perhaps, they’re waiting for a call from a potential employer, or maybe they have social anxiety which is causing them to become fidgety.

However, staff should still be on the lookout for people who seem to be excessively fidgety, constantly looking around, or walking in and out of the store without making any purchases. These could be signs that the person is up to no good.

It’s not uncommon for someone to bring a large bag into a store, but staff should be wary of people who are carrying an unusually large amount of stuff. This could be a sign that the individual is planning to steal items from the store.

Another thing to look out for is people who are trying to hide their belongings. For example, they may be stuffing products down their pants or into their bag in a way that makes them difficult to see. 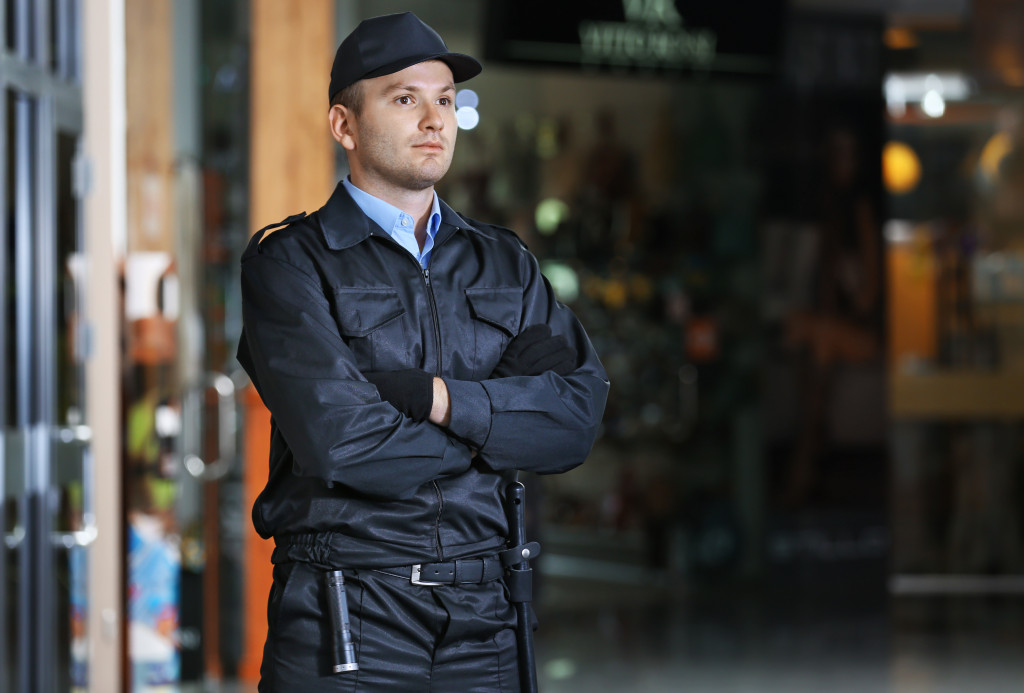 Some thieves will watch the staff and security guards in order to see what kind of measures they’re taking to prevent theft. They may also be looking for times when there are fewer employees on duty or when the store is less busy.

If you notice someone who seems to be paying close attention to the movements of the staff or the location of security cameras, you should pay closer attention to them. It’s possible that they’re scoping out the place, planning how they can get away with theft without being noticed.

Loitering Outside the Store

People who are loitering outside of a store may be planning to steal from it. This is because they want to see what kind of security measures the store is using and how busy it is.

This person could also be an accomplice of someone who is already in the store and waiting for the right opportunity to steal. If you see someone hanging around outside of your store, it’s best to keep an eye on them. Ask them if there’s anything you can help them with which might deter them from stealing. Once they know that the staff has noticed them, they might not push through with the theft.

Customers that appear to want to speak to staff, even about something that is not related to a product or a service, could be creating distractions so that their accomplices could steal.

These people might also be asking too many questions about the store, such as how busy it is or what security measures are in place. If someone is speaking excessively to staff, it’s best to keep an eye on them and see if they’re trying to distract employees from something else that’s going on.

There are loyal customers who visit frequently, but not all familiar faces should be met with warm welcomes. Most criminals visit a store to learn about the habits and routines of staff as well as security measures in place to exploit for a later heist.

If someone is visiting your store frequently but isn’t buying anything, it’s best to ask them what the matter is. If they can’t provide a logical explanation for why they’re coming in and out of the store, it’s possible that they’re up to no good.

Customers that buy a few cheap things for every visit could also be scoping the store out.

If you’re an employee, it’s important to be aware of these signs so that you can help keep your store safe from theft. By knowing what to look for, you can catch thieves in the act and prevent them from stealing anything.