Public Safety: How Public Architecture Protects You from Terrorist Attacks

The incident happened around four years ago, but the memory of it remains fresh in people’s minds. The July 14 attack on Nice, France shook the world, as one man rammed a truck through a crowded park. He killed over 80 people and left more than 30 in critical condition. Even before this attack, federal and local governments around the world have been thinking about ways to keep public spaces like parks and plazas safe from acts of terror without the use of barbed wires and hulking barriers. After all, making a park look like a warzone would just foster fear.

You may not notice it, but they’ve already achieved their goal. They’ve made common spaces safe with the use of parking bollards made of different materials like concrete and steel. But how do they work exactly? And how effective are they at thwarting attacks?

The U.K.: Invisible Guardians of the Shopping Center

The United Kingdom’s local governments have been creating public safety solutions hidden from plain sight since the early 2000s. A Global Cultural Districts Network (GCDN) report on urban space safety featured the Cardiff City Center as a great example of the local governments’ efforts. The planners created a security scheme for a popular shopping center in the area. It had lines of large, 50-liter capacity planters, which could hold thin trees.

Placed between the planters were benches made of high-quality steel and hardwood. The chairs themselves were bolted rigidly onto the concrete floor. The shopping center also had granite blocks that people could sit on. Apart from beautifying the area and providing shade and rest for shoppers, it also offered safety.

Each element was strategically-placed to prevent fast-moving vehicles from going through or around them. They’re certified to withstand vehicle-as-weapon attacks according to British standards. Cardiff’s City Center is a masterclass in urban design and safety. 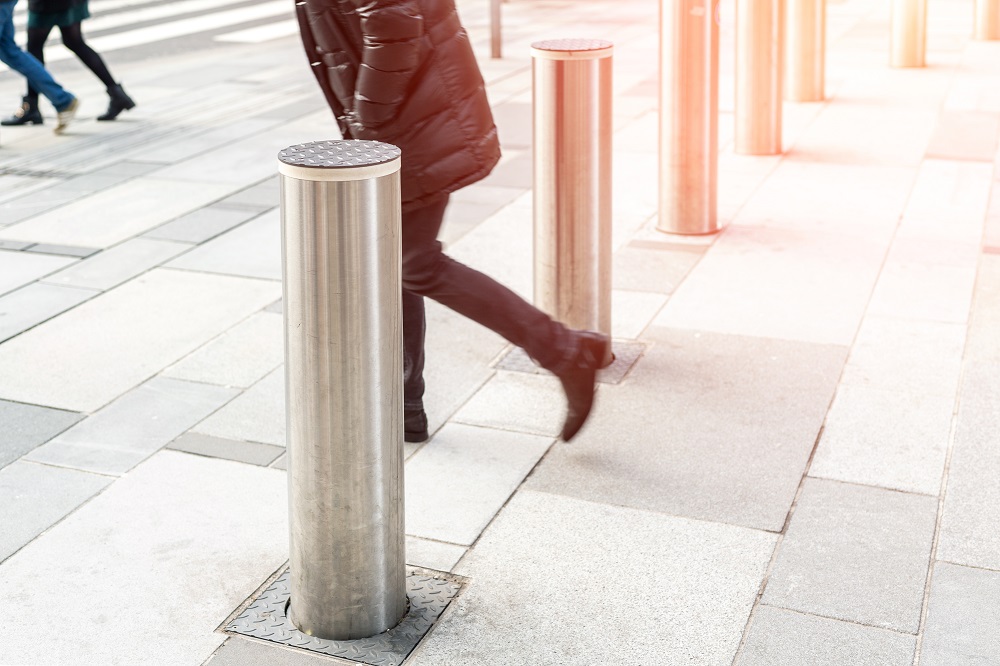 The GCDN report also covered other countries like the U.S. Its focus was on one of the busiest places in the country: Times Square, New York City. It was a hotbed for vehicular violence, whether it be from drunk drivers or terrorists. The public safety experts assigned to this had their work cut out for them, as they were tasked to create safety barriers without impeding the public experience.

Hundreds of thousands of people go through Times Square every day to get to work. You don’t want to block them off with a poorly-placed roadblock. As such, they created a “belt of steel and granite.” It contained granite seating and bollards strategically-placed to discourage vehicular attacks. They also featured contemporary designs that fit the city’s aesthetic. And when it came to safety, the designers didn’t skimp at all. Each bollard can stop a seven-ton truck traveling at over 80 kilometers per hour. For $30,000 a unit, they better be effective.

When you think about urban design, the first thing that comes to mind is how beautiful and functional will the public space be? However, this is only half of what city planners think about. They need to blend aesthetics and function with safety. And it’s no easy task. These examples have shown that such a feat can be done with proper research, planning, and execution. So the next time you have to go around a bollard to continue your walk begrudgingly, don’t sweat it. It’s probably protected you from harm a couple of times now.