Growing Orchids in Your Garden

Who wouldn’t want a cool luxury greenhouse next to their house, especially if they love flowers and plants? That might be just a dream, and for now, you’ll settle for the small space in your back yard for your garden.

Early settlers in America started home gardening in the 1700s when there weren’t any nearby stores to get produce from. Gardening was for food and survival, as settlers plant those that were edible, like root crops and herbs. In the 1800s, people made gardens close to the doors of their houses for easy access as well as to better protect their plants. The variety remains to be food. The 1900s ushered in non-edible plants, and even those that were considered weeds were planted in the garden because they were colorful and beautiful.

Today, the nursery and garden stores industry in America is worth $51 billion, supporting home garden small business owners, hobbyists, and enthusiasts. A staple in many gardens is orchid plants. If you’re interested in growing orchids in your little garden, whether as a hobby or part of a small enterprise, here are a few things that you should take note of:

According to experts, the origins of orchids can be traced back to 700 BC in China, when it was primarily used for medicinal purposes. The word orchid is derived from the Greek word “órkhis,” which translates to “testicle.” Orchids came to the western consciousness around 300 BC through the writings of Theophrastus, one of Aristotle’s students.

By the early 19th century, orchids came to Britain via America. But they weren’t easy to cultivate. It wasn’t until Kew botanists were able to grow an orchid successfully, that cultivation of orchids spread.

Your Basic Guide to Growing Orchids 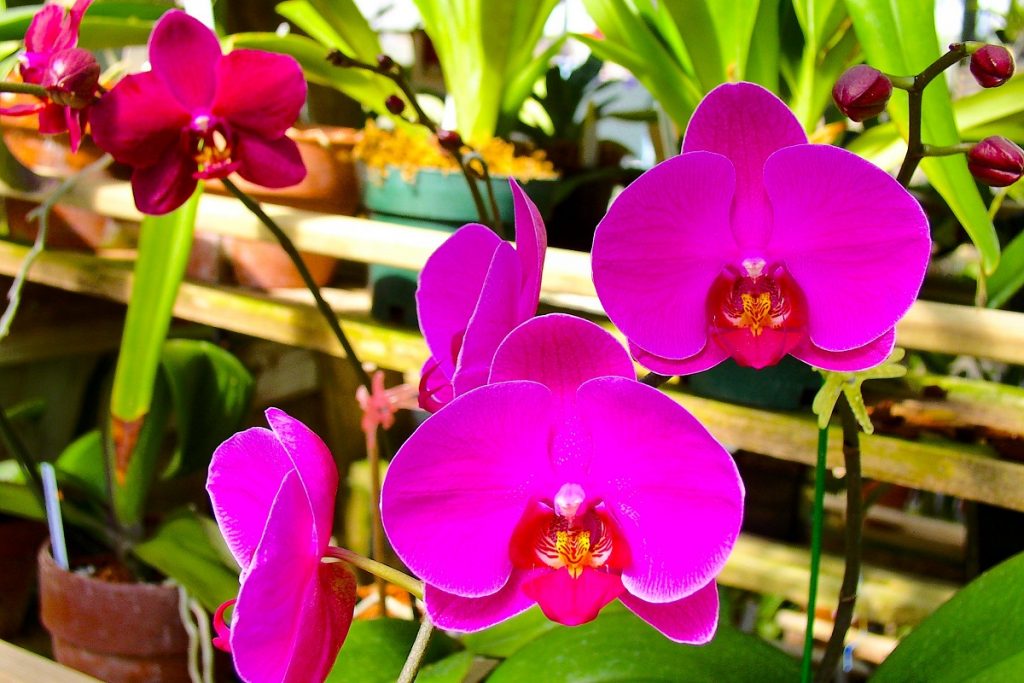 They’re beautiful, and they can be expensive even as a hobby. A human-made orchid called Shenzhen Nongke Orchid is reportedly worth more than $209,000. You wouldn’t be spending much for your regular garden variety, but here are a few more things you need to know about growing orchids.

Humidity, temperature, plotting, and pruning are some of the other steps that you also need to be aware of when growing orchids for the first time. Make sure that you also learn about these processes. Meantime, these main items are a good start for you to grow those beautiful orchids.