Knowing the Battle Between Forex and Cryptocurrency

Here’s the real deal about wealth: your savings can only do so much. Whatever you put away in your bank account is what you’re going to get. Granted, depending on the account, it will earn interest income. However, unless you have millions, you’ll hardly feel the interest rate of 0.06 percent.

How do you grow your money then? It’s through investing since you can enjoy the benefits of compounding interest. Even better, today, you have a lot of options on where to put your money. This way, you can diversify your portfolio and prevent losing everything in one go.

Probably, though, two of the most popular choices are cryptocurrency and foreign exchange (forex). What are the differences between the two, and which is better?

Forex is a global market where different currencies are exchanged. It is decentralized, which means one can invest in it without having to go through any physical location. They can take advantage of the Internet to open an account.

Usually, signing up for an account is free, but to begin trading, the amounts can vary. Depending on the chosen forex broker, it can go as low as $10 to as much as $1,000. As expected, the more money you put in, the more you can trade. The bigger you can trade, the more likely you can generate higher returns.

One of the advantages of forex is you may be able to trade for twenty-four hours. For one, forex markets operate at different hours because of time zones. For example, in New York, trading begins between 8:00 a.m. to 5:00 p.m. EST. By the end of this period, the Sydney market opens and runs from 5:00 p.m. to 2:00 a.m. EST.

Further, although trading may stop on public holidays, many countries don’t share celebrations. Thus, if the North American market is close, you can try your luck on probably London and Tokyo.

Because this is an exchange market, a forex trader needs two currency pairs. But in reality, there’s almost no limit, so you can bet on exotic or less familiar currencies. You may also stick with the popular ones, such as EUR or USD, since fundamental analysis is easier. You can get plenty of market information inside and outside the brokerage account. 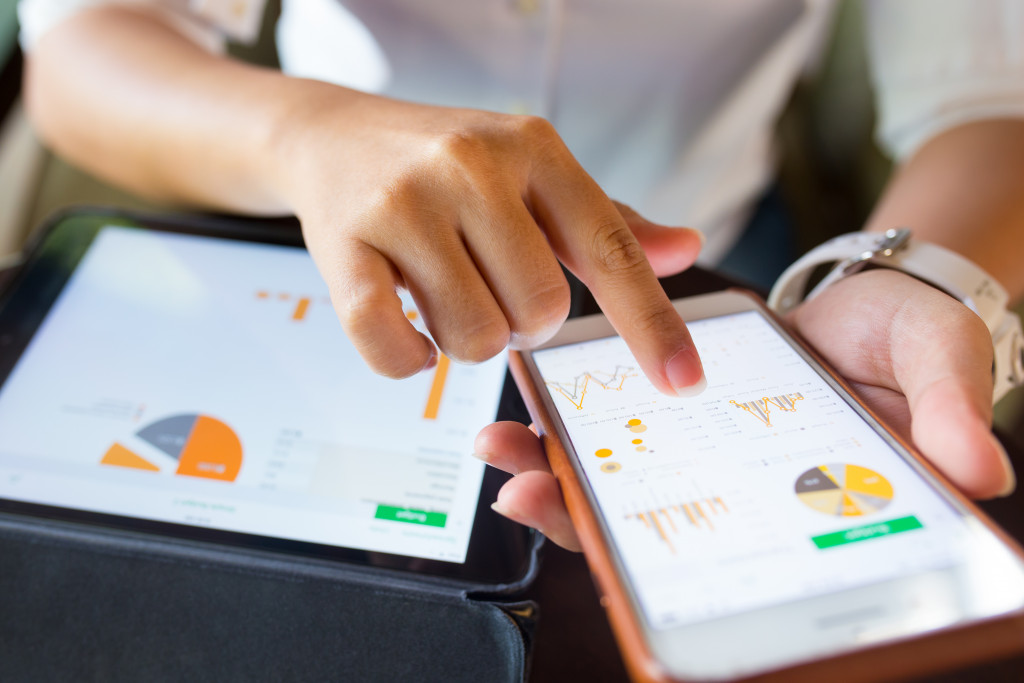 Many Americans, though, are apprehensive about trading in forex because of tight federal regulations. These rules also discourage even international forex brokerage accounts from accepting US clients.

However, what investors don’t know is that it’s actually not illegal to trade in an offshore forex trading market as long as they report their income to the IRS. Further, a growing number of reputable US forex brokers can now accept Americans, particularly if they don’t have any memorandum of agreement with the United States.

The Role of Inflation

It’s not the ability to open a forex account that should be a cause of concern for Americans. Rather, it’s inflation, which refers to the rate at which commodities rise over a particular period.

Forex trades fiat money, whose value depends on what the market or the central bank dictates. Thus, with inflation, the value of a currency can go down because a consumer’s purchasing power also declines. For this reason, some are considering investing in cryptocurrency.

Cryptocurrency refers to any encrypted digital asset that can be a medium of exchange. Many tout its level of safety since it relies on blockchain technology, which records every transaction. Users can also be anonymous.

Over the past years, the rise of cryptocurrency values like Bitcoin has been phenomenal. During its early days, in 2011, the value of Bitcoin was $1 in April. Within three months, it rose to over 3,000 percent to $32. Further, because it is not under the control of any government or central bank, it is not affected by standard inflation.

But it doesn’t mean it’s a flawless investment. One of the primary issues with cryptocurrency is volatility. Its market value can drop significantly in a matter of days or even hours. It is also illiquid, which means you cannot easily convert it to fiat or cash for more convenient transactions.

Now, which of these two is better for you? It depends on many factors, such as your budget, goal, and risk profile. While forex is more stable than crypto, you can ride the steep increase of the latter and win big in the market. However, you may find forex easier and sounder to invest in because you can find market data more quickly, and the initial investment needed may not be that high.