Discover a Different Side of Manila in Escolta

Escolta is a charming part of Manila with its old buildings and storied past. This district became a bustling neighborhood because of the investments that poured in during the time of the Americans. However, World War II left the city in ruins and since then, many tourists and locals alike have forgotten about Escolta. Good thing, there are now more efforts and improvements to revive this once-thriving neighborhood with quirky shops, restored structures, restaurants, and others.

Ramon Irrureta Goyeta and Francisco Perez Munoz designed this beautiful building. It has a history that dates back to more than a century, specifically in 1914. Don Antonio Melian had the building built as a gift to his wife for their wedding. Simply put, the structure is beautiful and a relic of its time. It follows the Beaux-Arts design aesthetic and has sculptures that grab the attention of onlookers.

This is the plaza you will most likely see while walking around Escolta. It is where you will find another stunning building that follows the neo-classical style. Here, you will also find the Carriedo Fountain. Walk around this part of the city to catch a glimpse of the neighborhood’s past.

Escolta has a rich architectural heritage showcased by the many old structures here, such as the First United Building. Andres Luna de San Pedro designed this fetching structure back in the 1920s. During the Spanish era, it used to be the city’s post office. Other than the latter, it also used to have consulates and stores that many locals patronized. 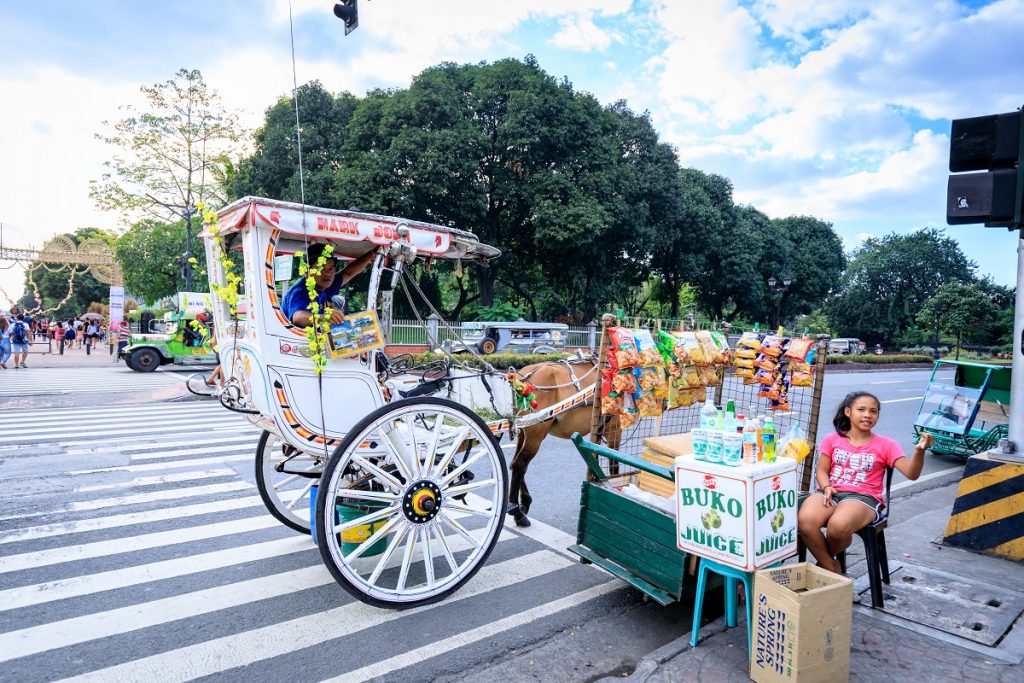 This bridge is the link between Ermita and Binondo. Juan Arellano designed the bridge and other famous landmarks in Manila, such as the Manila Central Post Office and the Metropolitan Theater. The bridge became a tourist attraction because of its beautiful ornaments. The best time to visit it is at night when the bridge lights up. Rent a car in Manila to see this fetching and iconic bridge.

The Don Roman Santos Building is one of the oldest in the area with a history dating back to the 1890s. Juan Hervas designed the original structure and then, Andres Luna de San Pedro expanded it in the 1930s and added a touch of neo-classical aesthetic. The building was home to the first savings bank in the country, Monte de Piedad. Fast forward to today, the Bank of the Philippine Islands (BPI) now calls the building home.

If you are fond of museums, make sure to visit Calvo Museum. This is the place to get nostalgic and catch a glimpse of Old Manila. The building where you will find the museum also has historical value because it was GMA Network’s first office, dating back to the late 1930s. When you go inside the museum, you will see vintage items, such as bottles, ads, movie posters, and newspapers.

If you want to see a different side of Manila, add Escolta to your itinerary. The area has a nostalgic feel with its old buildings and quirky shops and cafes. You will surely enjoy exploring Escolta, especially if you are a certified history buff.