Despite the advancements in Wi-Fi technology, a sluggish internet connection seems here to stay. It’s especially common in offices. According to a survey by MonsterCloud, 60% of 2,000 employees cited slow Wi-Fi as their top IT pet peeve.

Surprisingly, even tech companies aren’t spared by this struggle. It’s a curious thing, considering we’re now in the advanced digital age. How are we going to enjoy metaverse if we keep on lagging? Plus, smart homes are becoming more common, so why are we still dealing with connection issues?

Different factors affect an internet connection’s speed. In the office, many employees would say that the Wi-Fi slows down because so many computers are connected to it. This is true because when multiple devices depend on a single Wi-Fi connection, the network suffers a bandwidth overload. It’s basically dealing with a lot of traffic. Location also plays a role. Some areas have a weak Wi-Fi signal.

The tech industry has come up with various ways to solve the persistent problem of slow Wi-Fi. For example, instead of advising individuals and businesses to use multiple routers, they’ve used cutting-edge BAW filters. This device reduces signal-to-noise ratios, allowing networks to experience less interference. But still, many offices still deal with slow Wi-Fi, and that’s probably because of the factors mentioned, such as location and number of connected computers.

In some cases, the best way to boost Wi-Fi speed is to upgrade to a more expensive plan. But that doesn’t guarantee consistent high speeds either. So give these hacks a try instead: 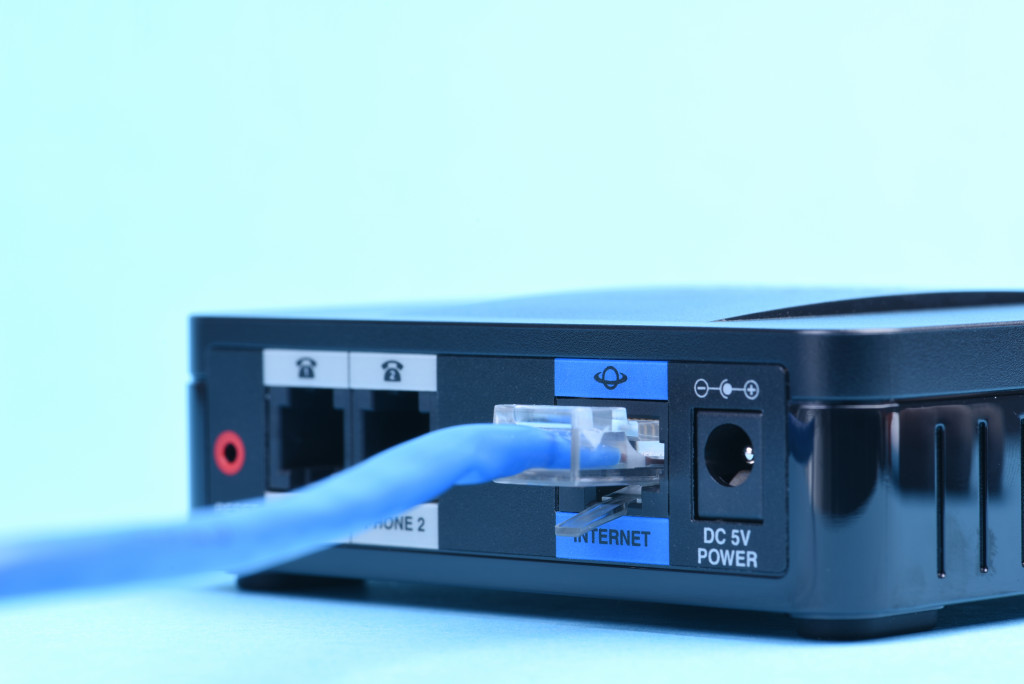 Bandwidth overload or other network issues aren’t always the cause of slow Wi-Fi. Sometimes, it’s just a faulty router positioning. If your workplace’s router is placed somewhere it can’t get a signal, try moving it. This time, place it away from walls, appliances, bulky furniture, and any large object. It should be in an open space where signal traffic isn’t disrupted. If this hack doesn’t work as effectively as you expected, try adjusting the antennas if they have any.

Unplug the router, wait 30 seconds, then plug it back in. This is a basic troubleshooting procedure that works on any router or modem. If you also use a modem, restarting it can also fix its underlying connection issues.

But if you only use a standalone router, restarting it should also resolve slow speeds. It clears the router’s memory and gives it a fresh start. To freshen it up even more, disconnect all your devices from the internet. Instruct your employees to turn off the Wi-Fi on their personal devices as well. Wait around thirty seconds then reconnect to the Wi-Fi. See if the speed improves.

If the reach of your Wi-Fi signal doesn’t extend beyond the workstations near it, buy a Wi-Fi extender. It absorbs the signal of your router and extends it to the areas it can’t reach. It would come in handy if your meeting rooms or break rooms can’t get enough Wi-Fi signal.

You can download certain apps or visit websites that can check your internet’s speed for free. This will determine if your Wi-Fi is truly sluggish or if specific issues are plaguing it. If it turns out that the Wi-Fi is experiencing problems, it gives you the chance to resolve it as needed instead of just troubleshooting it.

You might want to involve your IT team in this, especially if you’re unfamiliar with tech jargon. Checking frequencies requires you to open your network administrator’s interface. Make sure it is configured for optimum performance. If your workplace uses a dual-band router, check if it is set on the 5GHz band. Chances are it’s only on the more common 2.4GHz band. Switch it to 5GHz at once.

Increasing the GHz band boosts speeds and reduces interference. If you have BAW filters, you may even adjust the GHz to 6.

Wi-Fi signals are also like radio signals. If you’ve also used walkie-talkies as a kid, you’ve probably experienced overhearing the neighbor’s kid’s walkie-talkie conversations because your devices are tuned in to the same channel. Similarly, if your Wi-Fi channel is also shared by neighboring offices or homes, the signal will be congested, affecting connection speeds. Open Command Prompt and type netsh wlan show all to see a list of all wireless networks and channels being used within your area.

These hacks should resolve your sluggish workplace internet, and they won’t cost you a dime. Keep monitoring your internet health as well to have any major issue fixed immediately. Also, consider discouraging your employees from using the workplace’s Wi-Fi for their personal devices.